The Motorola Edge recently passed through Geekbench  revealingsome of its key specs in the process. The phone has now been seen on Google Play Console, confirming the specs revealed by Geekbench.

Google Play Console lists that the Motorola Edge has the Snapdragon 765 SoC and 6GB RAM onboard. The phone runs on Android 10 and is equipped with a FullHD+ display. 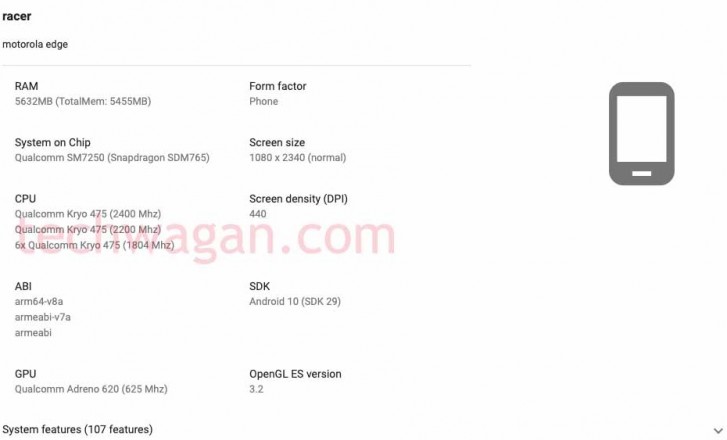 Previous leaks hint that the Edge will feature a 6.67-inch 90Hz OLED panel with a punch hole in the top-left corner for the 25MP selfie camera along with an in-display fingerprint scanner, but the Play console didn’t reveal anything concerning the diagonal of the display.

The rear packs a triple camera setup, which comprises of a 64MP main, 16MP ultrawide and 8MP telephoto units. The flash and Motorola logo, are also seen at the rear. 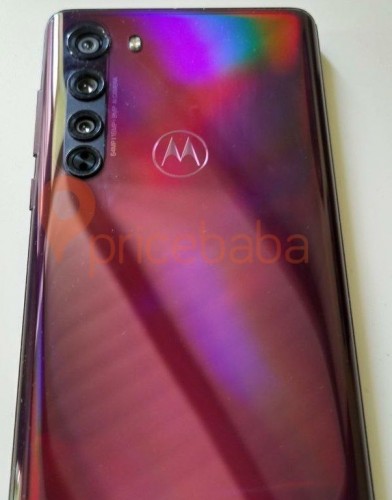 A 4,500 mAh battery is all set to arrive with the Motorola Edge, but its charging speed is yet to be revealed.

The Motorola Edge+ is scheduled to launch on April 22 so the vanilla Edge may just arrive that very day.