A soon to be launched phone bearing the name, HTC Desire 20 Pro has seen an increasing number of listings on certification websites. The phone carries the model number, 2Q9J1000 and was seen with 6GB RAM and Snapdragon 665 chipset on Google Play Console. It has now gotten approvals from  the Bluetooth SIG and the Wi-Fi Alliance. 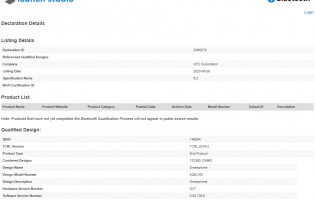 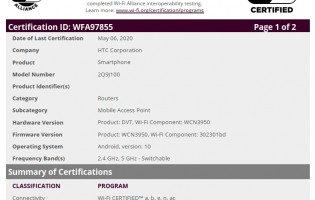 HTC has not released any information about the upcoming Desire 20 Pro. There’s yet to be information on when is it launching and if there will be a non-Pro vanilla version called HTC Desire 20.

The only known detail is that this phone will be the first of the company with Android 10 out of the box. The phone will feature a 6.5” LCD with Full HD+ resolution and a fingerprint reader on the side.

Vivo Prepares A Cheaper Version Of The Z1, The IQOO Z1X
Huawei Is Working On The Enjoy 20 Plus Midranger
To Top