HMD Global has time and again stressed how it has prioritised software support, and has even made headlines on the steps it is taking to keep its promise. Now, the Nokia 5 and Nokia 6 are receiving the August security patch on the same day as the Google Pixel and compatible Nexus devices. 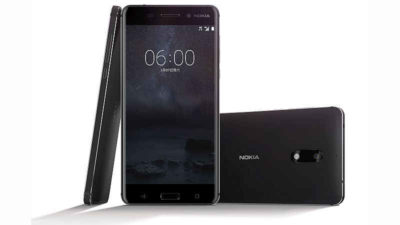 Suomimobiili.fi reports that the Nokia 5 and Nokia 6 are now receiving the August Android 2017 security patch. It started rolling out on the same day as Google Pixel and Nexus devices started getting it, reiterating that HMD Global is taking software very seriously.

The update is of 120.2MB, according to screenshots shared by the publication, and if you haven’t received a push notification, then head to Settings -> About Phone -> System Update. The security patch is based on Android 7.1.1 Nougat only.

Even last month, the Nokia 6 was the first to get the July Android security patch, ahead of the Pixel and Nexus devices. In a statement to Gadgets 360, HMD Global had promised timely updates and software support for up to two years for its Android phones.

The company had also earlier confirmed that Android O will arrive on Nokia 3, Nokia 5, and Nokia 6 smartphones, and now Sarvikas has again reiterated the claim. The executive replied to a tweet confirming that the Nokia 3 will receive the Android O update.

The company isn’t expected to release the final build of Android O to OEMs before another few months, but looking at HMD Global’s track record, it wouldn’t be surprising to see if the Nokia 3, Nokia 5, and Nokia 6 users get final Android O alongside Google phones as well.