At a great evening event somewhere in the city of Lagos, a place that houses the ‘InnJoo home’ to be precise; InnJoo unveiled a new line of Android Smartphones, “InnJoo Fire series” – targeting more young people with premium yet, budget-friendly devices.

The event which was hosted at an open space saw a number of bloggers, tech enthusiasts and Inn fans sitted in anticipation for the big announcement. While I was lost, flying in the world of love-fantasy with some of the waitresses at the event, two talented folks won themselves an InnJoo smartphone each (model which I couldn’t guess from far). On behalf of these two dudes, I say thank you to InnJoo!

The journey so far has been impressive and the Managing Director for InnJoo Nigeria, Robert Liang commends Nigeria and Nigerians for the heathy and competitive market prepared for the Chinese Company. From his stats yesterday, Roberts noted that 1.2million InnJoo smartphones were sold in 11 months here in Nigeria after launch. Should I say it again? That’s a figure more than that of any major brand from what we have seen (yes, in 11 months). Consequently, the company has made it top-priority to deliver more products according to the needs of users – localization!

Robert emphasized on Internet being the major force driving mobile technology in the world and as such, opens a medium for InnJoo to start an Internet Journey with more users.

Side Note: Yesterday marked one year of InnJoo’s launch in Nigeria.

THE JOURNEY SO FAR….

InnJoo launched in Nigeria May, 2014 with the i1s device, partnered with JUMIA almost immediately and began to gain well-deserved popularity. Is JUMIA’s partnership the reason behind the growing popularity? Save that for another day!

The Company had a good taste of success by selling 10,000 InnJoo devices in only 10 days and brought about true ‘Nigerian pre-order’ platform with the InnJoo One in February, selling about 3,700 units in less than twenty pre-order days.

Today, InnJoo boasts of over 400,000 active InnBrowser users as well as a total of 3.5million apps in the Inn Store. 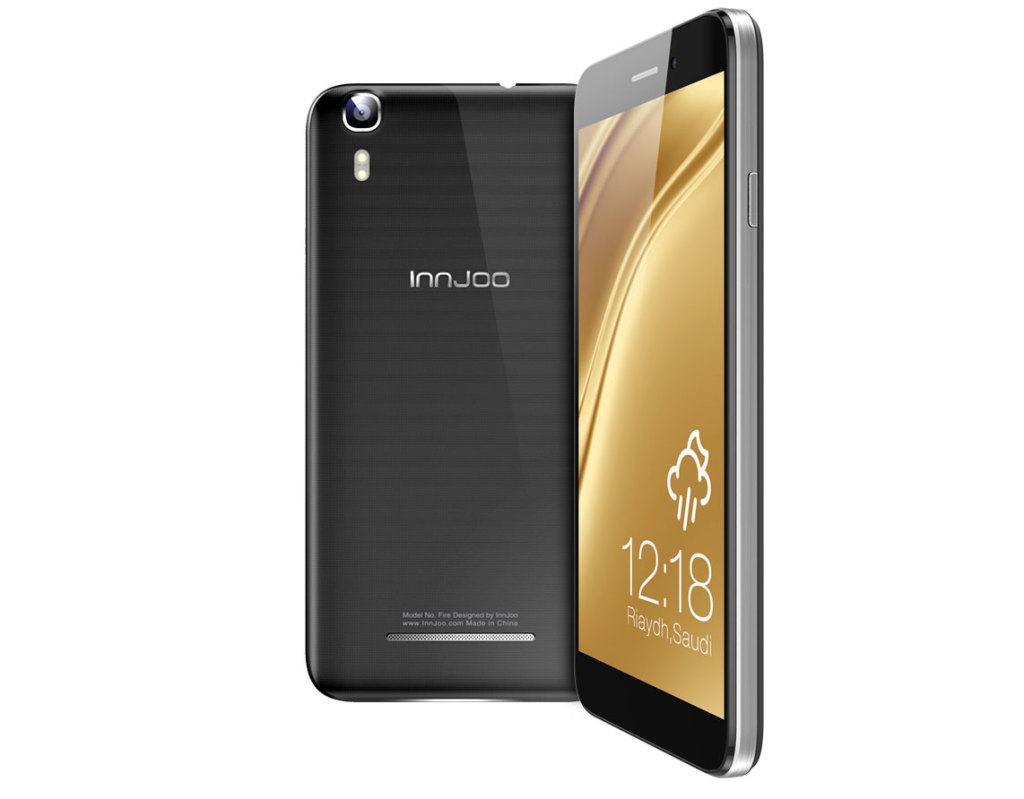 Looking for a device to run every app? Coupled with great camera and HD display? Then you’re out for the InnJoo Fire.

InnJoo Fire takes the spotlight in the new range of Fire devices with its 2GB RAM specification along with other great features. This device according to Robert, is expected to bring true smartphone functionality to youths without them having to break the bank (Okay I confess, he didn’t really put it that way). Say, Android devices with 2GB of RAM can be a little pricey but with the look of things, the InnJoo Fire will beat them all in terms of price – value for cheap bucks!

Speaking at the event, Robert dropped a promise that the InnJoo Fire will cost less than N20,000 upon release. There, I said DAMN! That’s a steal!

Meanwhile, he added that for the JUMIA Mobile Week Megathon (ext. link), you should see it at a price below N18,000. Now here’s what you will be getting for that price:

INNJOO FIRE – HOW IT REALLY FEELS

I was there, representing the Mobilitaria team and I was able to grab one unit of the InnJoo Fire to play with. Well, what can I say? First impressions were awesome! Device ran smooth, no lags while we both were playing *winks*. The camera was quite good. It was late at night already so photo quality isn’t expected to be at its best; however, it almost went head to head with the Lumia I had with me (Low-light conditions can really embarrass someone right?). 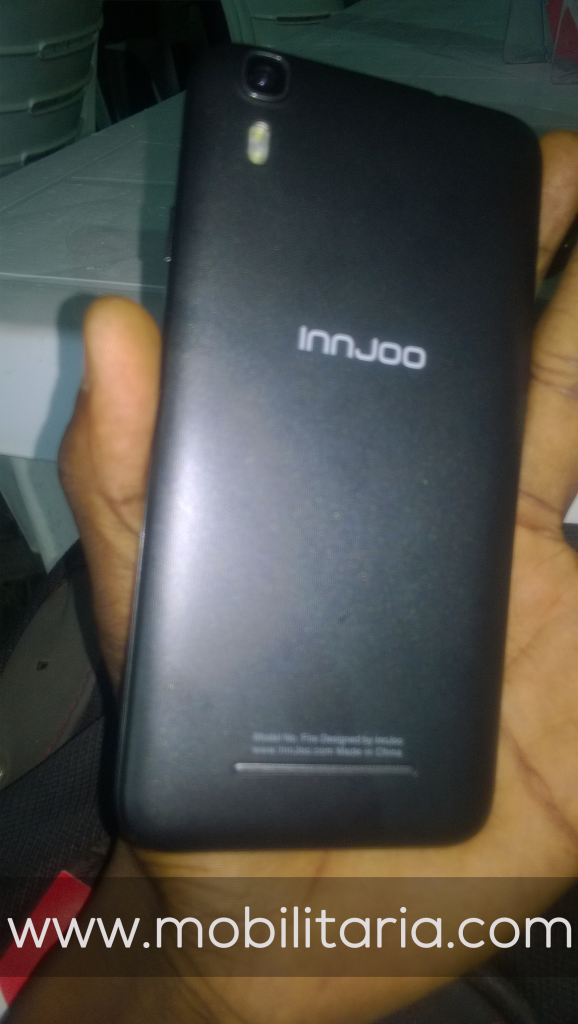 Going further, the device is pretty light but a little heavier than its predecessor, InnJoo One. I also wanted to see how well the InnJoo Fire’s camera plays when pitched against the 13MP InnJoo One but then, I discovered the InnJoo One device with me had been drained of its battery.

Swiping back and forth the screen seemed easy and fun, especially when Robert was doing it. I felt jealous. The design is of premium quality and everything was just fine! A great device for great youths indeed, shout FIRE!

Another device that was announced in the Fire series is the InnJoo Fire Pro. The Fire Pro would be the first InnJoo device that runs Android 5.0 (Lollipop) out of the box and it will bag more advanced features as a successor to InnJoo Fire.

Because I have a brain that functions, Yay! I was able to pick up something to ask Robert from the flyer that was handed over to us; one that showcased their most recent smarties with specifications.

So Emmanuel of Planet Nerd joined me as we asked:

Q: Do you provide OTA updates for your users?

A: Yes. Although these are not large updates due to the cost of internet data in Nigeria as well as connectivity strength. Users should expect updates on a weekly (to monthly, quarterly) basis.

Q: The InnJoo Max has got a massive 4000mAh Battery but not with Lollipop. Any plans to merge these two soon?

A:  The 4000mAh battery in InnJoo Max is meant to serve heavy phone users for a longer period. That said, the current devices have fast charging feature. This is a pinpoint for us, we will put it into consideration and come up with something soon.

Q: When will InnJoo Fire Pro be released?

Q: When will Bloggers receive review units of the InnJoo Fire?

A: Starting from tomorrow.

Every thanks to Microsoft OneNote, I was able to take down these words.

There you go people! If there’s anything I missed, that would be the part where I couldn’t find Tina (my top crush) because I was so much into the Fries and Chicken. It was a lovely InnJoo evening.

Thanks for reading. FIRE!