Redmi Note 5 India launch date is pretty much confirmed to be February 14. Although it was initially speculated that Xiaomi will bring the Redmi 5 at its forthcoming event in the country, new information has revealed instead of the entry-level Redmi handset, the Chinese giant will launch the Redmi Note 5.

The Redmi Note 5 model has so far been spotted in some early leaks and recently received 3C certification in China. It will be the successor of the Redmi Note 4 that is claimed to be the “top selling smartphone” in the Indian market in 2017.

The evidence of the Xiaomi Redmi Note 5 launch can be found from an event page on the Mi.com site, as first spotted by Techook. A JavaScript code managing the countdown timer on the official site points to a subdirectory titled ‘redminote5’. 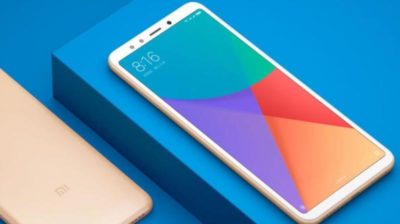 The report carries a screenshot of the handset’s teaser with just the number ‘5’, which had been removed from the directory at the time of filing this story. However, we were able to verify the presence of the subdirectory with the JavaScript code.

Xiaomi Redmi Note 5 specifications
If we believe some ongoing rumours, Redmi Note 5 will come with a 5.99-inch full-HD+ (1080×2160 pixels) IPS LCD panel with an 18:9 aspect ratio. It is expected to come with a Qualcomm Snapdragon 636 processor, paired with 3GB/ 4GB RAM and 32/ 64GB storage options. Further, the smartphone is rumoured to run MIUI 9 with Android 8.0 Oreo.

Price and availability details of the Redmi Note 5 are likely to be announced by Xiaomi at its February 14 event. Nevertheless, the smartphone is already claimed to be available at a starting price of CNY 1,499 (approximately Rs. 15,400).