Apple iPhone 8 is likely to feature some radical changes in terms of design and features, and it looks like a 3D camera might be just a possibility. Apple is working with LG Innotek to develop a smartphone camera module that will enable 3D photography. The report points out LG Innotek’s 3D dual rear camera module could be used in Apple’s new products starting as early as latter half of 2017. 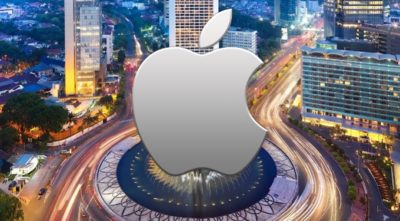 Apple is now studying how to apply its 3D camera technology into LG Innotek’s smartphone camera. Since LG Innotek also has its own 3D camera and related technologies, such joint efforts will likely to bear fruit sometime within next year.

The year 2017 marks the tenth anniversary of iPhone and Apple is expected to radically overhaul the iPhone 8 in terms of design and features. Latest rumours around the phone suggest Apple will bring wireless charging for the first time with its iPhone 8.

Kuo has said that the larger 5.5-inch ‘Plus’ model will no more be the high-end flagship, with the OLED iPhone expected to be technically superior to the other two phones. He has also said that the optical image stabilization (OIS) will be coming to both the wide-angle and telephoto lens next year.