Weeks after bringing an Android Oreo update to Nokia 8, HMD Global is now all set to release the same latest update for Nokia 3. The new move also points to the fact that the Finnish company has no plans to bring an Android 7.1.2 Nougat update for the Nokia 3 smartphone. HMD Global’s Juho Sarvikas on Saturday confirmed the ongoing developments.

Sarvikas, the chief product officer of HMD Global, in response to a query related to the Nokia 3 update on Twitter stated that the company is planning to issue the Android Oreo update directly – without first releasing an update to Android 7.1.2. 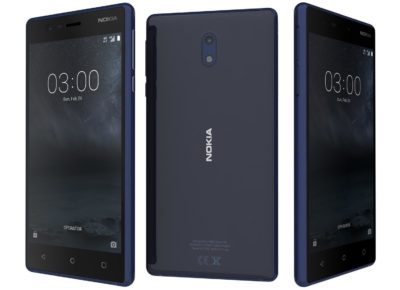 “We will transition straight to Oreo,” the executive tweeted. Notably, he didn’t mention any time frame for the Oreo release. However, his tweet would bring relief for all those who were waiting for a fresh experience on their Nokia 3 handsets.

Announced at MWC back in February, the Nokia 3 originally came out with Android 7.0, though it started receiving an update to Android 7.1.1 in September. The handset has a 1.3GHz quad-core MediaTek MT6737 processor that largely distinguishes it from other Nokia smartphones, including the Nokia 8 flagship and the most inferior Nokia 2. Also, the MediaTek chipset is apparently the reason for the delay in the update process.

In September, HMD confirmed that an update to Android Oreo will reach its handsets, including the Nokia 3, Nokia 5, and Nokia 6 before the end of this year.

The company also kick-started its Android Oreo beta testing programme to test the new operating system on phones in the field. In October, it also released Android 7.1.2 with October security patch for the Nokia 6 to set the base for the Oreo update. However, that Nougat version didn’t reach the Nokia 3.

While the Oreo update is in the pipeline for the Nokia 3, HMD brought the newest Android platform for the Nokia 8 last month. The company also asserted separately that it will release beta builds for the Nokia 5 and Nokia 6 to test Android Oreo soon.

Hardware-wise, the Nokia 3 has a 5-inch HD (720×1280 pixel) display, 8-megapixel rear and front camera sensors, and a 2650mAh battery. The smartphone has 2GB of RAM and comes with 16GB onboard storage that can be expanded via microSD card (up to 128GB).