Xperia XZ2 could be one of the smartphones that Sony may unleash at Mobile World Congress (MWC) 2018. Though Sony has not officially announced any smartphone with the name Xperia XZ2, a tweet by an Irish telecom company has revealed the name of the handset. In other Sony news, the company has started rolling out Android 8.0 Oreo update for its two-year-old smartphones – Xperia X and Xperia X Compact. 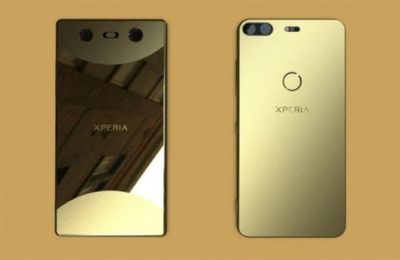 To recall, Sony is expected to announce a couple of smartphones at MWC, scheduled to be held later this month. Sony has an MWC 2018 event scheduled for February 26. Interestingly, the successor of the Xperia XZ1 Compact smartphone has been rumoured to be announced at the event.

This Sony Xperia device was spotted in the FCC certification website. Sony may announce this phone in the Xperia Compact range at MWC 2018, although there is no confirmation regarding the launch.

Additionally, the Xperia XZ Pro is another smartphone that is expected to launch at MWC 2018. Other reports have suggested that the Sony Xperia XZ1 Premium, Xperia XZ1 Plus, and Xperia XZ1S are slated for launch at the event.

Sony had recently announced its mid-range smartphone – Xperia XA2, XA2 Ultra, and Xperia L2 – at the Consumer Electronics Show (CES) 2018, and if the rumours are to be trusted, the company has saved most premium launched for the conference in Barcelona. The Sony Xperia L2 launched in India on Monday.

Meanwhile, as per another post by Xperia Blog, the Xperia X and Xperia X Compact have started getting Android 8.0 Oreo update. Launched with Android 6.0.1 Marshmallow back in 2016, both the smartphones had previously received the Android Nougat update. According to the report, the latest update for the phones is rolling out with build number 34.4.A.0.364.

The Android Oreo update for the Xperia X and X Compact comes right after the company promised software updates for its flagship phones for two years after their release. While these two handsets are two years old, they still pack decent specifications. Both the smartphones are powered by the Qualcomm Snapdragon 650 SoC and sport 23-megapixel rear cameras.