Geekbench has given a sneak-peak at a still-unreleased phone, an upcoming Samsung M31s midragner which was seen carrying the SM-M317F model number. The phone is set to be a slightly updated version of the Galaxy M31  which came out in February. 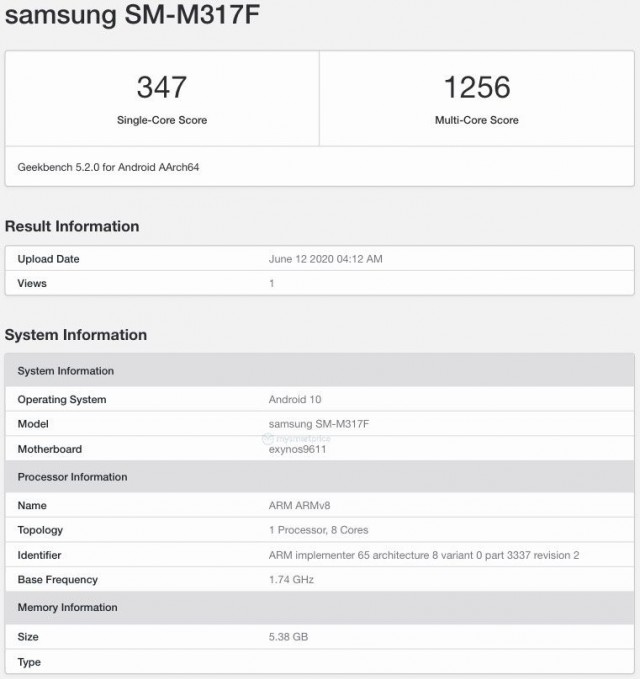 The M31s got up to 347 points in the single-core department and 1,256 in the multi-core test. The scorecard confirms the existence of the Exynos 9611 chipset in the phone and 6GB RAM. The phone is runs on Android 10, likely with One UI on top.

The M31’s most notable feature is its huge 6,000 mAh battery and it’s expected to be carried over to the M31s. More info is yet to surface but hopefully there wil be more soon.