The Huawei nova 7 has been scheduled to arrive on April 23. A leaked image revealed the smartphone will come  puncwith ah hole display and a rectangular camera cutout on the back.  A video shared by Huawei on its official Weibo has corroborated that information.

A smartphone with  a curved edge display, which could be the nova 7 Pro rumored to have the Kirin 990 5G SoC at the helm is seen in the video.

A Huawei smartphone bearing model number HNB-AN10 which is expected to be the nova 7 has popped up on Geekbench with Android 10 and 8GB RAM.

The Nova 7 is powered by an octa-core processor which has frequency of 1.84GHz and could be a part of the freshly announced Kirin 985 7nm SoC. 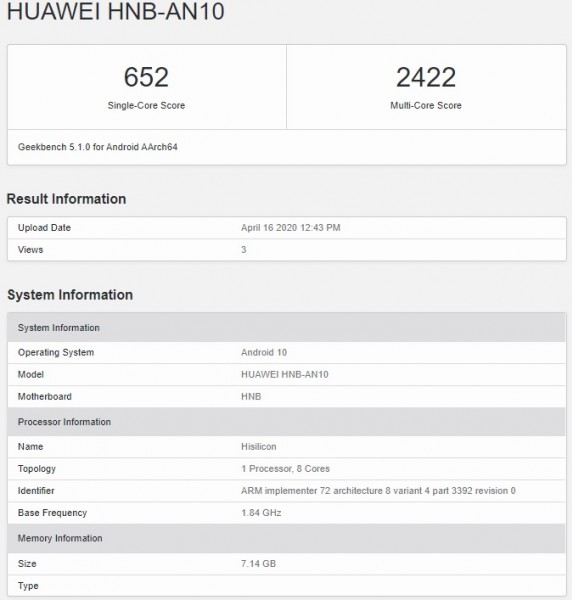 More information about the Nova 7 line up should be available really soon.