Last month, Oppo announced the A72 5G and now it has unveiled another mid-range 5G smartphone, the Oppo K7 5G.

The Oppo K7 5G comes with a Snapdragon 765G SoC paired with 8GB RAM. It comes with Android 10 out of the box and exists in two storage options; 128GB and 256GB.

The K7 5G features a 6.4-inch FullHD+ AMOLED display with a fingerprint reader situated underneath. A notch where the 32MP selfie camera is  found is situated up top. The rear carries a quad camera setup which is vertically aligned in the upper-left corner. The quad camera consists of a 48MP primary, 8MP ultrawide, 2MP macro, and 2MP depth sensor units. 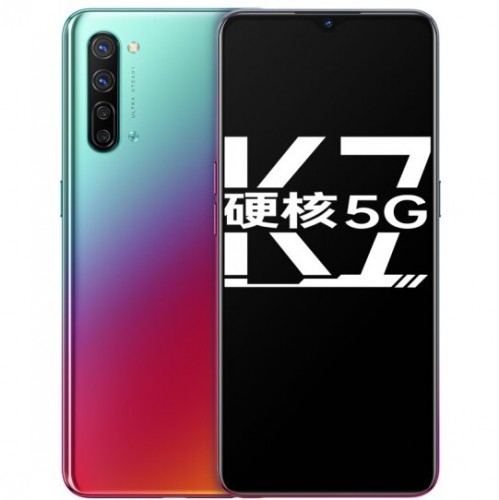 Other specs include a 3.5mm headphone jack, NFC, and Hyper Boost 3.0 for increased gaming performance. The smartphone also comes with Link Boost 2.0 that uses both the 5G network and Wi-Fi connection to bring better network speeds.