It’s confirmed that the Oppo Reno3 Series is getting launched real soon and details pop up as days go buy. In addition to the details we already have on the Reno3 series, the phone will reportedly come powered by the MediaTek MT6885 SoC which will debut as MediaTek Dimensity 1000L SoC. 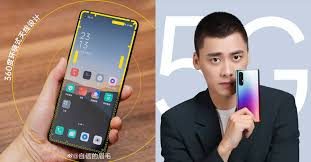 The Oppo Reno3 and Reno3 Pro will feature a 360-degree surround antenna design to offer better signal reception so that network stability is maintained irrespective of the way users hold the phone.

The 360-degree wraparound antenna design will surround almost the entire frame of the phone in order to ensure better signal reception. This will reportedly be useful when users need a faster and more stable connectivity for tasks like video streaming or playing demanding online games.

Oppo Reno3 will pack a 64-megapixel sensor just like the Reno3 Pro.