Rumor has it that the Samsung Galaxy Note20 series will arrive by August 5 and it has now been certified by NFC Forum, which draws the launch closer.

The models of the Note20  listed on NFC Forum’s website are SM-981U and SM-986U, which are believed to be the Galaxy Note20 and Note20+, respectively. Whether or not the SM-986U is the Note20+ is unknown because a listing on Bluetooth SIG’s site displayed it as the Note20 Ultra. 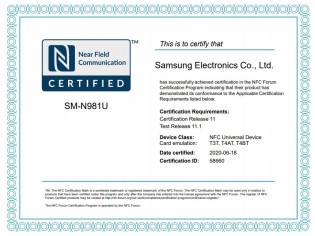 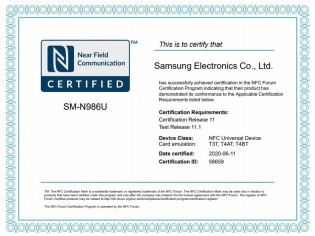 The listings on NFC Forum’s website do not show specifications of the two smartphones, but in April the SM-986U was seen on Geekbench with Android 10, 8GB RAM and what is expected to be the unannounced Snapdragon 865+ SoC.

More information about the Note20 lineup should be revealed in the coming weeks.